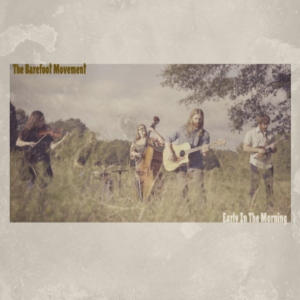 Nashville, Tenn. – The wait is finally over, as American music favorites The Barefoot Movement release their latest single, “Early In The Morning.” The song serves as the lead single from their forthcoming EP, Rise and Fly, which is set for release on February 7th. The project marks the band’s first release via Bonfire Music Group. Fans can download and stream the track HERE.

“We found ‘Early in the Morning’ a few years ago when participating in the ‘archive challenge’ at the Folk Alliance International Conference,” explains the band. “Finding this song amongst the American music collection housed by the Library of Congress was absolutely serendipitous. We have loved sharing the song and its story on stage and we’re so happy to finally be sharing our recording.”

Bringing their signature sound that includes an influence of Americana, Bluegrass, Roots, and Rock, the group’s version of the single brings a new energetic edge to the classic tune. The title for the upcoming EP is inspired by the lines “rise and fly” from “Early In The Morning,” which is repeated throughout the song. To celebrate the new single release, The Barefoot Movement is excited to unveil a new live performance video of the song (watch HERE).

As it gets closer to the band’s official release of Rise and Fly, fans can expect a lot more surprises from the award-winning band. With the upcoming video coming soon, the best way to keep up with all things The Barefoot Movement is by following their journey on Facebook.

Early In the MorningThe Barefoot Movement