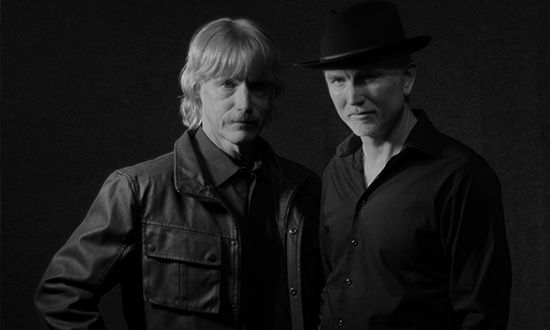 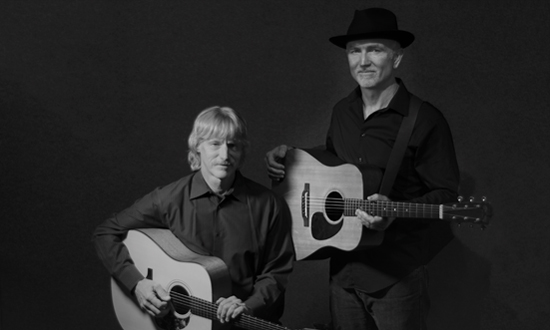 Bonded by their love of authentic acoustic music, Shawn Lane and Richard Bennett have come together to create a new EP, Land And Harbor, which is sure to turn heads in Americana, Bluegrass and Folk genres with its raw and unique take. Between the two, they have multiple Grammy nominations, several chart-topping hits, and a long list of accolades that have made them two of the most critically-acclaimed performers in all of music.

Getting his start performing with legends like Ricky Skaggs and Doyle Lawson, then later co-founding Blue Highway, Shawn Lane has been a consistent favorite in the Bluegrass genre. The multi-instrumentalist is proficient on guitar, fiddle and mandolin, and the chart-topper incorporates those skills into his live shows. Over the years with Blue Highway, Lane has been recognized by the Recording Academy, receiving three Grammy nominations, along with winning an unprecedented 28 IBMA Awards. Lane also has been recognized for his diverse songwriting, penning multiple No. 1 hits, and even being nominated for “Songwriter of the Year” in 2015.

Richard Bennett also has an impressive resume, one which has also garnered attention across music circles. Performing with JD Crowe and the New South, Bennett has been nominated for Grammy awards on two separate occasions. Throughout his time in music, the singer has also toured with the likes of Jimmy Gaudreau, Mike Auldridge, and Wyatt Rice. Bennet is also no stranger to taking his guitar skills to massive audiences, hitting the stage at the Grand Ole Opry on multiple occasions with Bluegrass legend Bobby Osborne. Prior to teaming up with Shawn Lane, Bennett has been working regularly with the band Flashback.

After co-writing songs for several years, Shawn Lane and Richard Bennett finally decided to form a duo, hitting the studio to record some of the songs they had already written together. The result is an eclectic folk, jam type feel style of songs which are all included on the 2019 EP, Land And Harbor. Consisting of five songs, the project includes four original songs and one cover. The energetic collection channels the duo’s songwriting sessions, which include both artists playing guitar. Also playing on the collection is the incomparable Gaven Largent on dobro.

When describing the release, Shawn Lane says, “Everything’s there that happened at the moment.” He continues, “We wanted to go in and do them as much like we wrote them as we could, which brings on the concept of a kind of Folk/Americana type thing. We wanted to keep everything as live as we could, and we did that.”

Land And Harbor is set for release in March 2019. The duo recently inked a deal with Bonfire Recording Co., who will handle the release and distribution of the project. Lane and Bennett will also be playing select shows, where fans will get a first-hand look at the duo’s one-of-a-kind sound, which encompases each recording artist’s past to create a sound which will carry them into the future.