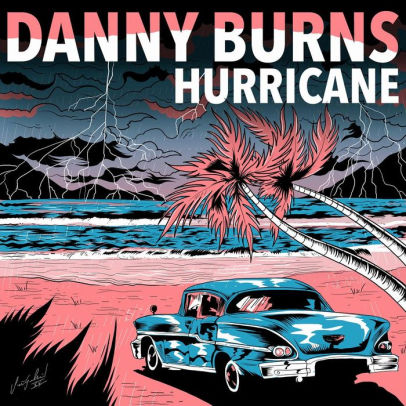 The EP includes the lead single “Many Moons Ago” featuring recent Grammy winner Sarah Jarosz. The edgy tune was cleverly written by Burns, inspired by stories told a couple generations ago when Native Americans and Irish citizens came together to help each other through tough times. The collection also has the latest radio single, “Trouble” which features collaborators Aubrie Sellers, Dan Tyminski and Jerry Douglas. The recording showcases a more upbeat side, while continuing its climb up the Americana charts, where it recently made its debut. Hurricane has also already started creating waves on the Roots Music Report chart, currently sitting at No. 3 on this week’s Americana Country Albums Chart and also No. 3 on the Country Albums Chart.

Upon the release of new music, Danny Burns is also excited to start announcing upcoming shows. One which was just confirmed is the Kansas City Irish Fest. Taking place in Missouri in September, fans can expect to hear the singer/songwriter perform several of his songs, including tracks from the brand new EP. This is a key chance to check out Burns’ Irish roots taking center stage. To learn more information and be one of the first ones to get tour updates, check out the official website at www.dannyburnsband.com.

The collection serves as the follow-up to the 2019 debut album North Country. The project would showcase Burns’ sound to a massive audience, securing features in top publications like American Songwriter, Billboard, Rolling Stone and more. Though it was his first “official” release, the Americana artist has been traveling the globe and gaining traction for over 20 years.