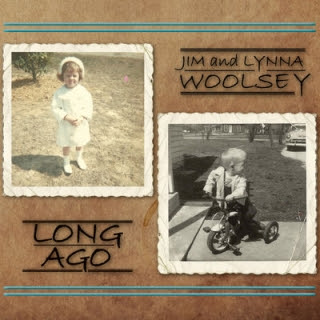 Nashville, Tenn. – Bluegrass sensations Jim and Lynna Woolsey are gearing up for the release of their second single from the brand new album, Long Ago. The dynamic pair is pleased to announce that the summer anthem “Sugar Ridge Road” will serve as the follow-up to the project’s lead single, “Tennessee Memories and California Wine,” released earlier this year. Fans can stream or purchase the new single, along with the full Long Ago collection HERE.

“Sugar Ridge Road” is a song that was co-written by Jim Woolsey and David Foster. The feel-good track tells the story about Sugar Ridge Road, which serves as a reminder of home, and all of the heartfelt memories and metaphors that go along with it. Singing lead, Jim Woolsey’s vocals shine bright, while Lynna’s distinctive voice blends in, reminding fans why the duo are becoming more and more of a household name each day. The song placed second earlier this year at MerleFest’s annual Chris Austin Songwriting Competition in the Bluegrass category.

After performing together for years in southern Indiana, Jim and Lynna Woolsey finally decided to unveil their debut project in 2014. With the release of their third studio project in 2019 via Bonfire Recording Company, the duo is returning to their roots, with 10 new recordings. During the recording process, the Woolsey’s enlisted the help of top industry musicians, with Grammy award-winners Randy Kohrs recording four songs at Slack Key Studio, while Clay Hess recorded six tracks at 7Flat studio.