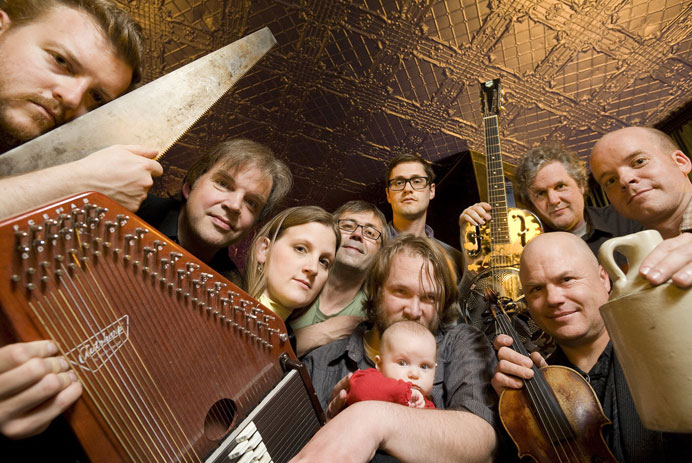 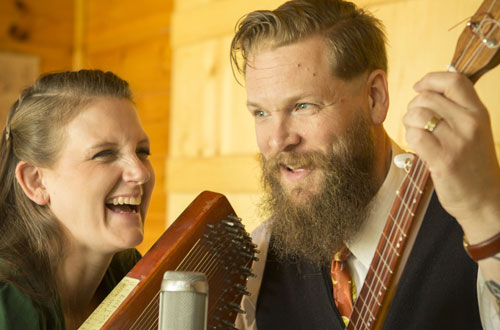 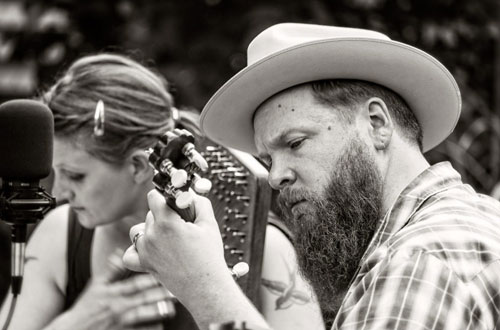 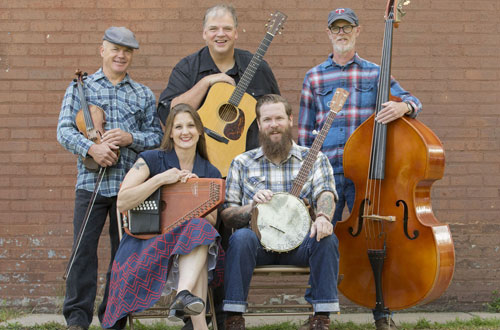 Kim Roe grew up with music all around her. Her dad would play his guitar and she would sit at his feet singing along. As she grew, so did her love for music: first as a girl singing along with the radio into a hairbrush in front of her bedroom mirror, then as a teenager in choir, then as a young woman singing karaoke.

Quillan Roe is the descendant of Kentucky horse-thieves and a long line of Appalachian and Ozark fiddlers on his mother’s side; and an equally long line of evangelists, poets, and writers on his father’s side. He’s been playing in bands for nearly three decades, with his first professional band, Accident Clearinghouse, launching in 1992.

Kim and Quillan were married in the spring of 2003, and soon Kim was asking Quillan if they could start a band together; Quillan said, “No. Husbands and wives shouldn’t be in bands together. It’s a terrible idea!” But Kim persisted and kept asking to start a band together, and Quillan kept saying, “No.” That same year, however, both June Carter and Johnny Cash died, and a local bar, Lee’s Liquor Lounge, organized a tribute to them and their music. Quillan wanted to perform at the tribute but his band at the time, Accident Clearinghouse, was on hiatus. So with the tribute’s promoter on the phone, Quillan asked Kim if she still wanted to start a band together. Not knowing that Quillan meant right then, she answered enthusiastically, “Yes!”

Flash forward to 2020, and The Roe Family Singers have shared the stage with Doc Watson, Ralph Stanley, Mike Seeger, Del McCoury, the Grascals, and Jim Kweskin & Geoff Muldaur, all while receiving prestigious awards for their live performances.

Minneapolis legend Steve Kaul helped the band refine their sound. Songs of the Mountains, Songs of the Plains- their third collaboration with Kaul- was released to critical acclaim. Their first label offering with Pinecastle, the blend of originals and contemporary takes on old-time music struck new musical ground.

Their 2020 follow up, Roll Up the Rug, brought all the musicianship and energy of their fabled live performances to wax.

“The idea behind Roll Up the Rug was that when you have a house party, you push all the furniture to the side and roll up the rug to clear out the dance floor. People kept asking us what album songs were from and we didn’t have recorded versions- so we took the songs we kept getting requests for, the party songs, and made a record.”

Released in the height of the 2020 COVID pandemic, the album was Quillan’s gift to the world.

“I wanted it to be a welcoming thing- ever since I was young I wanted to create something that made people feel welcome. People have thanked us for making something that made life more light and bearable during the pandemic, so I feel like we really achieved what we were going for with Roll Up the Rug.”

Not a group to rest on their laurels, they are already hard at work on an offering for next year.