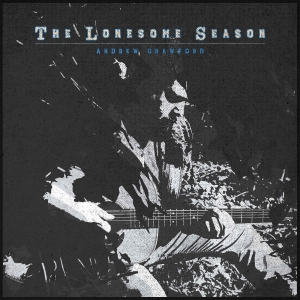 Nashville, Tenn. – The wait is over as Andrew Crawford releases his debut Bluegrass album, The Lonesome Season. Released via Bonfire Music Group, the collection features 10 new recordings, with a long list of guests (see full track listing below). The South Carolina native’s world-class songwriting is on display from start to finish, either self-penning or co-writing every song on the project. Fans can purchase a copy, download or stream The Lonesome Season HERE.

While he may be new to some fans, the Bluegrass world is nothing new to Andrew Crawford. Over the years, he’s shared the stage with some of the biggest acts including a combination of Grammy, ACM, CMA, Dove and IBMA winners from multiple genres including Bluegrass, Americana, Country, Gospel and beyond. The list includes top artists like Vince Gill, Jim Lauderdale, Dale Ann Bradley, Rhonda Vincent, Randy Kohrs and more, just to name a few. Crawford is also a multi-instrumentalist who has a reputation for his skillful guitar abilities and seasoned studio work.

Bluegrass enthusiasts were first introduced to Crawford in August following the release of the project’s title-track “The Lonesome Season” which features Aaron Ramsey, Tim Crouch and Jason Moore. It was recently revealed that the sophomore single from the album is the upbeat tune “Always Another Mountain.” On the recording, the singer/songwriter enlisted the musical talents of Shawn Lane, Aaron Ramsey and Josh Harris. It tells a story about a loving relationship, with an inspirational twist. The recording is filled with metaphors and cleverly written lyrics about overcoming obstacles.

Showcasing a variety of material, another highlight on The Lonesome Season is the must-hear track “The House That Daddy Built.” It’s a slower ballad that showcases a softer side of the album. There’s something for every type of Bluegrass fan, including two instrumental tracks both written by Crawford that are sure to get the listener’s attention (“Land of Giants” and “Fear of the Mountains”). It’s also worth noting that Andrew Crawford recently released a haunting instrumental of the hit TV show Yellowstone’s theme with a Bluegrass twist.